0 Items
In the mushroom cultivation community, Penis Envy is notorious, but for the best possible reason. Is it the phallic shape? Is it the Potency? Could be a little of both… In cultivation forums, you’ll find the phrase “a cube is a cube” referring to the fact that despite the many different Psilocybe cubensis varieties, because they are mostly similar in terms of both growing requirements and potency. However many believe Penis Envy has an unusually high potency, and this seems to be confirmed by the work of Oakland Hyphae and the Psilocybin Cup. This has ensured that many shrooms aficionados to caveat the commonly uttered phrase “A cube is a cube… except for Penis Envy.” The history of penis envy mushroom is often confused: origin stories of all the varieties of psiloycbe cubensis, seem to be straight forward. The go-to article for explaining how penis envy emerged was published in Vice in 2009, by journalist-turned-psychedelic-scientist, Hamilton Morris. However, he later admitted to being deliberately misled by the infamous mycologist John Allen (aka Mushroom John, of psilocybe allenii fame), The real story goes like this: In the early 1970s, Terrence McKenna found a huge wild patch of psilocybe cubensis growing in the Columbian Amazon. And although magic mushrooms had recently been made illegal, the spores were not, so McKenna took a few spore prints back to his home. One of the spore prints found its way to Steven Pollock, the medical doctor turned psychedelic mushroom enthusiast, who spent several years isolating the mushrooms to produce Penis Envy – before Pollock’s mysterious murder in 1981. But the 2009 iteration of the story ends with Pollock, found dead with a Penis Envy mushroom clutched in his hand, leading investigators to find a single Penis Envy spore print from Pollock’s phallic experiments (labeled only “penis”). These spores made their way to Rich Gee, a Washington-based mycologist, who kept the variety alive. Rich Gee ultimately proved almost impossible to track down, and wasn’t heard of after that for many years. What a story, right? This story gives Pollock the receiving credit and Richard Gee just care-took the variety. But the plot thickens In 2021 Rich Gee came out of his reclusive lifestyle with  two incredibly rare books on magic mushroom cultivation. The first, How To Identify and Grow Psilocybin Mushrooms, was written by Gee and his friend Jules Stevens, and published in 1977. The second sole-authored book, Cubensis Aquarium Gardening was published in 1995 where you can view the first recorded photograph of the then-unnamed Penis Envy mushroom. Gee claims the original spores that gave rise to Penis Envy were from the original Terrence McKenna Amazonian collection. The spores actually passed hands a few times to get into Gee’s possession. 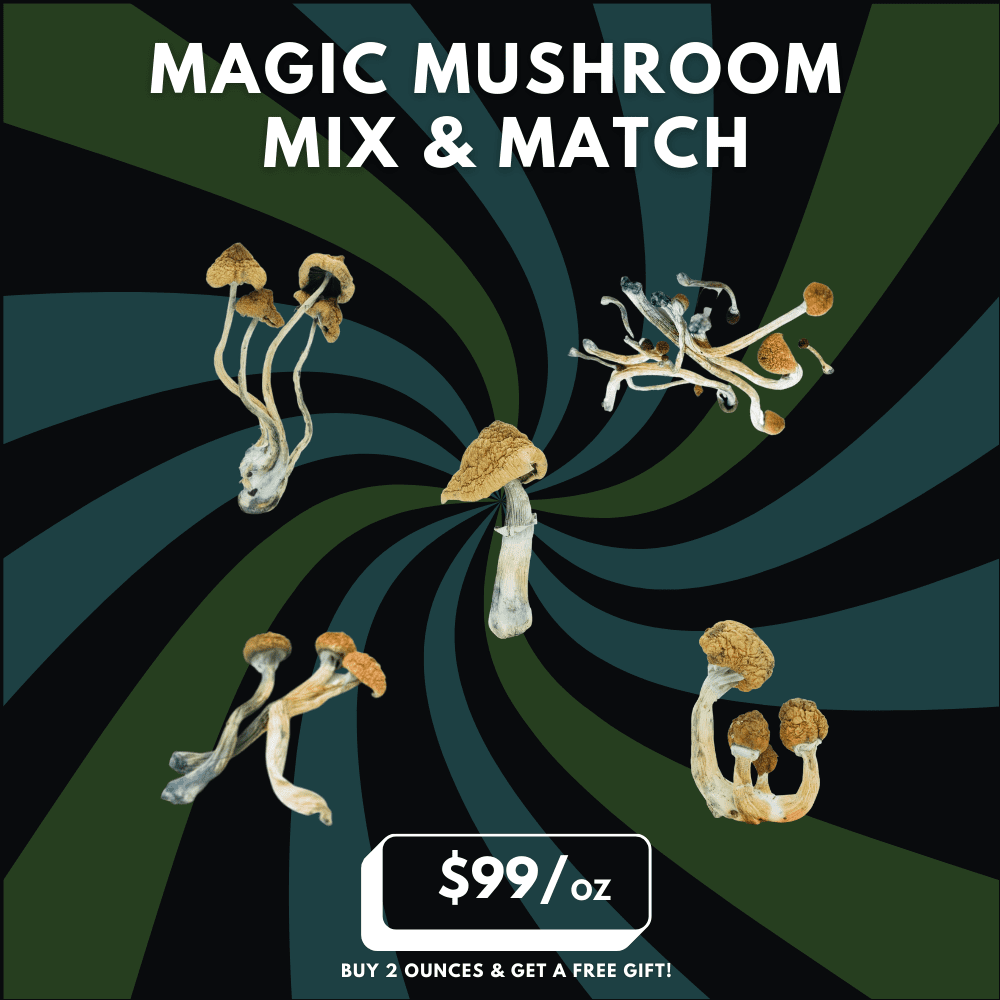 Test out 4 varieties and try our mix and match mushrooms for only $99/oz!

Buy 2 Ounces and get a FREE GIFT!
GET THE DEAL

All psilocybin-containing mushrooms have a similar effect, but Penis Envy leave users anecdotally reporting different subjective effects from different varieties. Among shroom inthusiasts, Penis Envy is touted as having a more powerful, euphoric, and visual effect than other magic mushrooms of the same family. There’s not really enough data to link subjective psychedelic experiences to different varieties, especially with factors such as set and setting also playing a crucial role to your psychedelic experience. However, the potency of Penis Envy is supported by surmounting evidence showing that Penis Envy shrooms do . Data gathered by Oakland Hyphae in their Psilocybin Cup, the average potency of Penis Envy Varieties may be around 50 to 100 percent stronger than your average Psilocybe cubensis variety. Yes, as with other cultivated magic mushrooms, the potency can vary considerably – likey due to growing conditions and post-harvest storage methods. Nutrient availability and diversity of the substrate on which the mushrooms are grown directly effects the ability of any strain to produce potent fruits. Low nutrient substrates (such as brown rice flour), will inevitably produce fewer mushrooms of a much lower potency than organic mixed substrates.

Do an online search and it’s obvious that Penis Envy is the best-selling variety in many spore vendors’ and canadian mushroom vending catalogs, with dedicated cultivators creating many sub-varieties and hybrids in recent years. We love testing new varietys, and have made it even easier for you to do the same! Check out our Shroom Mix and Match special, and see for yourself which one is the most potent, the most chill, and leaves the best aftertaste.

Check out our Mix and Match here.

Test out 4 varieties and try our mix and match mushrooms for only $99/oz!

Buy 2 Ounces and get a FREE GIFT!
GET THE DEAL